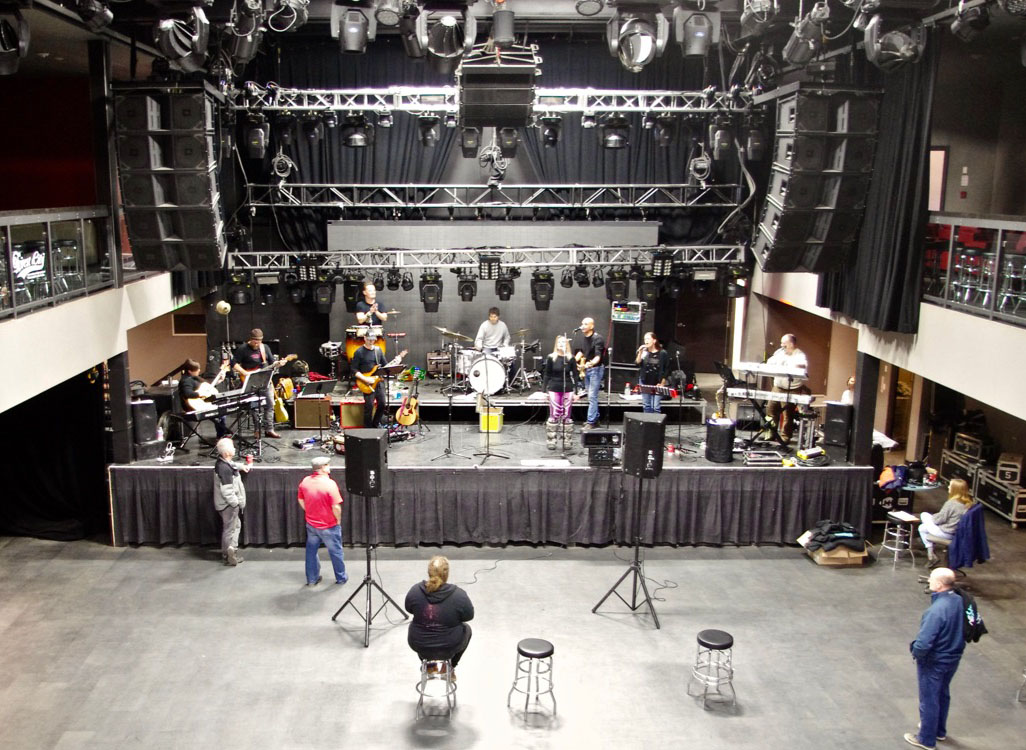 FCLMA Invite You To The Biggest NYE Party In Town

You’re invited to the biggest party in town, and it’s free.

Last year, in -28C temperatures, 15,000 people came out. “You couldn’t see the end of the crowd from the stage,” Plowright recalled. This year, organizers have partnered with several local sponsors to reach as many Londoners as possible. “We’ve expanded to include family hours from 7 p.m. to 9 p.m.,” Plowright said.

“My job is to put on a good show. I try to convince a lot of well-meaning, hard-working citizens to participate in the biggest party. We fundraise to throw this party, which is paid for by sponsors and donations, including the City, which donates the venue and a small part of the overhead.”

The New Year’s Eve bash costs about $50,000 – $100,000 to cover talent, production costs, security, lighting, heating (on stage), policing, stage management, and fireworks. The two firework shows alone account for about 20 per cent of the budget.

“It’s a big, big fireworks show that goes on a long time. It’s pretty impressive,” said Plowright. This year’s entertainment includes princesses and superheroes for the younger crowd and bands and singers that appeal to all ages and tastes.

“It’s all local talent – I’m very proud of that,” said Plowright. “We want to promote local, and it keeps the costs down and makes it relatable. We want music those 15,000 people know – various types of music and Canadian favourites from the past 40 years.”

Event manager Mario Circelli has drawn on his experience and network to line up a program of award-winning musicians.

“There are a lot of moving parts,” he said. “We’ve got some of the hottest musicians, not only in London but across the province. It’s a celebration of Canadian music. We selected crowd-pleasing tunes everyone will know.”

The entertainment will flow non-stop on two stages from 7 p.m. to midnight, starting with the Amabile Singers on the main stage, then the Magen Boys on the secondary stage. Behind it all is the 14-member Forest City London Music Awards All-Stars and the four-member Forest City London Music Awards Rap Pack of JR Fillion, Sum 1, Ashley Weisbeck and Alex Ven DJ.

Many of the performers are Forest City London Music Award recipients.

Known for her energetic performances, that’s no change – but the gloves on stage will be new. She’s been practising with fingerless gloves for the cold.

Stratton is also performing with the All-Stars and bringing tea and honey to stay warm.

“We’re known for being animated,” she said. “We’ve never done a half-hour outside. I’ll do lots of warm-ups ahead.”

Guitarist Greigg Fraser is another member of the All-Stars. His five-man band Howzat’s latest release is Shatter, featuring the single Tell Me. He’s performed with or opened for many Canadian music luminaries such as Rush, Max Webster, the Spoons, Rik Emmett, Skip Prokop, Lawrence Gowan, and Downchild Blues Band.

Jazz singer Denise Pelley is in the Music Hall of Fame. She has performed with guitarist Jess Cook, blues legend Jackie Richardson, opened for Aretha Franklin and has a long list of awards, accolades and honours.

Scott Bollert, best-known as the lead singer in After the Lounge, also joins the All-Stars. “It’s the adrenaline that keeps you warm,” he said. “The crowds are amazing. Going off last year, they show enthusiasm about the great Canadian music we’re performing.”

Brent Jones is adding vocals and keyboards. He runs Quiet Earth Studios on a rural property west of London and is co-founder of Back to the Garden Music and Arts Festival. “This is my first outdoor New Year’s adventure,” he said. “I’ll be singing three songs and joining on harmony on some, playing piano on some. I think it will be fun.”

The winners of the Jack FM Road to New Year’s contest MAD! will also perform.

Plowright said 29 local bands entered and four were selected for a battle of the bands in front of a seven-person panel of judges. The winning trio M.A.D. is made up of two 14-year-olds playing lead and bass guitars and a 12-year-old drummer.

“They will open the show and steal the show,” said Plowright.

For his part, Circelli just wants everyone to have a great time.

“The goal is to make it a complete celebration, fun for the whole family,” he said. “The program is accessible and enjoyable for kids of all ages. I’m passionate about local music. There is no doubt in my mind the musicians we have in the city are as good as any musicians anywhere. This showcases our vibrant music scene.”

FCLMA Invite You To The Biggest NYE Party In Town