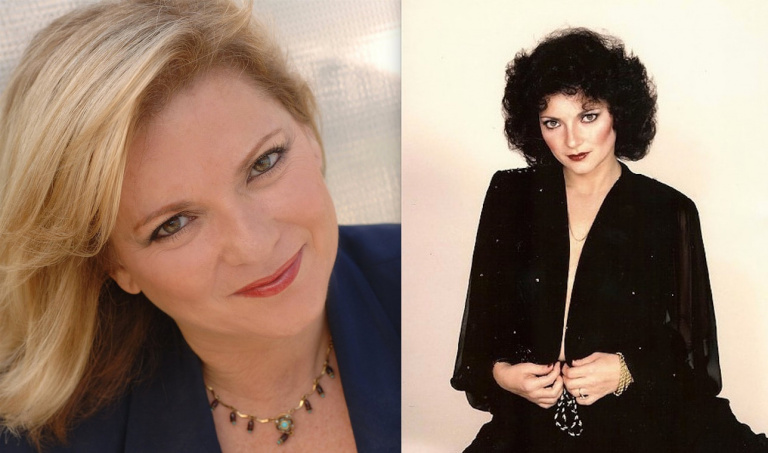 Has London’s music hall of fame ever had a more diverse class of inductees?

A diverse set of stars will be inducted in June into the Forest City London Music Hall of Fame.

A diverse class of new inductees has been announced for the Forest City London Music Hall of Fame. It’s a group that includes Grammy nominee Loreena McKennitt; Canadian disco-era singer Cherrill Rae; country music star Larry Mercey; globetrotting electronic music icon John Acquaviva; and Rory Dodd, a backup singer on albums from some of the biggest rock and pop stars ever. Our Joe Belanger has more on the class, which will be honoured at a June 26 gala:

Two-time Grammy nominee and two-time Juno Award winner Loreena McKennitt, who last month headlined two concerts at Aeolian Hall that raised more than $70,000 for Ukraine relief, will be among those inducted into the hall on June 26 at the Forest City London Music Awards gala.

McKennitt, born in Morden, Man., has lived in Stratford for 40 years, settling there in 1981 to work at the Stratford Festival.

“It’s always very gratifying to be recognized for my work, I certainly feel honoured,” McKennitt, 65, said, adding she’ll be attending the ceremony at London Music Hall in downtown London. “You know, when you’re young and starting out in this business, you’re working hard with your head down and then one day you look up and it’s 20, 30 years later, so it’s a great honour to receive.”

Cherrill Rae, 67, whose birth name is Yates, was born in the U.K., but her family settled in St. Thomas, where four of her five brothers operate Yates Electrical Services. She had several international hits during the late ’70s and early ’80s in a duo with her husband Robbie, whom she met while performing on his British television show in in the mid-1970s.

They settled in Canada and toured and recorded as The Raes, releasing a string of hits, including Don’t Shut Me Out, the Juno-nominated hit Que Sera Sera, A Little Lovin’ (Keeps the Doctor Away), which climbed to 61 on the U.S. hot 100, and I Only Wanna Get Up and Dance, which also charted in the U.S.

From 1978 to 1980 they also had a CBC television series, The Raes Variety Hour, and were nominated in 1980 for a Juno Award for most promising group of the year. They divorced in 1982 but remained friends. Robbie, who eventually settled in Thailand, died in 2003.

Cherrill Rae continued to perform as a solo act and as a member of several acts. In 2008, she released the CD, Look At Me Now.

“I thought everyone forgot about me,” said Rae, who now lives in Florida but has performed in London, where her family still lives, several times in recent years. She also performs at disco revival shows across the U.S. “I was totally humbled when they called and honoured.

John Acquaviva, who is out of the country and unavailable for comment, got his start in London in the early 1980s. His talent has taken him to the pinnacle of the electronic music genre and, nearly 40 years later, he’s still touring the world.

In 1989, Acquaviva and fellow DJ Richie Hawtin founded Plus 8 Records, one of the world’s most popular and influential techno labels. They also co-founded Definitive Recordings in 1992, which has produced six No. 1 tunes on Beatport.com, including Gail in the O, the second-longest-running No. 1 song in Beatport history.

When the music world went digital, Acquaviva and Hawtin were again at the forefront with the development of Final Scratch, a software program that allows DJs to connect digital files to turntables and have instant access to thousands of songs without crates full of records.

“It’s sometimes easy to toss around accolades when talking about musicians, but Acquaviva is one where they all apply,” said Mario Circelli, the hall of fame’s founder. “I got to work on projects with John in the middle 1980s and it was easy to see he was the most talented in the bunch.

“He was always ahead of the curve, on top of the scene and incredibly talented.”

Hanover native Larry Mercey, who now lives in Ilderton with his wife June, is a country music legend.

Mercey broke into the music business in the mid-1950s and is still performing, although he took some time before and during the pandemic to put his memories to print in the book, Have Mercey: My First 60 Years Making Music.

The autobiography begins just before Mercey made his professional debut and started performing with his brother Ray, later joined by younger brother Lloyd, as the Mercey Brothers. The group was inducted into the Canadian Country Music Hall of Fame in 1989, the same year they disbanded.

But this latest honour is one Larry Mercey shares with no one.

“I’m very, very excited about this honour because it’s not the Mercey Brothers, it’s me, and I’ve been on my own now for a lot of years,” Mercey said. “It’s always special to be recognized. It says you’ve done something and other people respect you for it. And you get to hold your head up a little higher.”

Rory Dodd may be the least-known among the inductees, yet his career as a backup singer exposed him to some of the greatest artists in rock history, including Meat Loaf, Billy Joel, Celine Dion, James Taylor, Carly Simon, Bonnie Tyler, Lou Reed and Patty Smyth.

The Port Dover native’s voice is on one of the bestselling albums of all time, Meat Loaf’s Bat Out of Hell, which has sold an estimated 40 million copies worldwide since its release in 1977.

“I’m the best kept secret of Norfolk County, but that’s fine,” he adds. “People don’t read the liner notes on the albums. They don’t know and I’m not a guy who blows his own horn.”

Said Circelli: “Rory proves you can take the boy out of the small town, but you can’t take the small town of the boy. Rory hit the fabled heights of rock music.”

Mortimer, an Ottawa native, came to London in 1972 and within a few years was operating several music venues, including Mingles (the rock room), the Firehall (blues and roots music) and the Cookery, a stage for local acoustic acts. Among the acts he brought to the Firehall were Matt (Guitar) Murphy of the Blues Brothers fame, Eddie (The Chief) Clearwater, Jeff Healey, Colin James and Tom Wilson, while Mingles played host to David Wilcox, Kim Mitchell, DOA, Cub Koda and the Gun Club.

Mortimer was also one of the founders of the Great Lakes Blues Society and was the main sales and sponsorship person for the Forest City London Music Awards. He has also organized the annual Firehall Reunion for more than 30 years after the bar closed.

The inductions take place during the final night of London Music Week June 19-26.

The week begins with the jazz, world and classical music awards gala June 19 at Aeolian Hall, followed by six days of showcases and musical events, including the high school battle of the bands and the SoundCheck for Success professional development day.

The week closes with the inductions and the awards gala for the remaining categories (rock, pop, hip hop, country, folk, etc.) June 26 at London Music Hall. The public can vote for their favourite nominees in 24 categories online at fclma.ca until May 6.

Has London’s music hall of fame ever had a more diverse class of inductees?