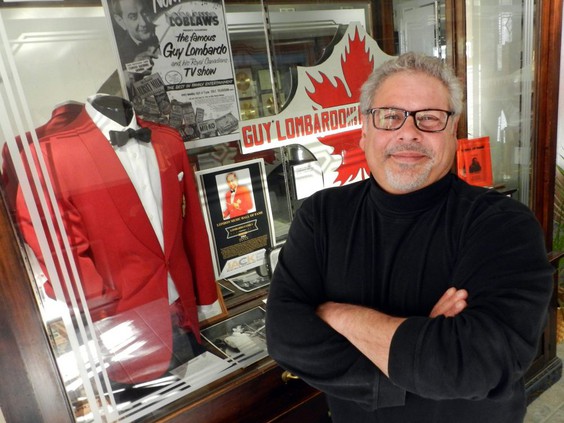 Live performances may be part of London music awards in June

There will be a celebration of London’s musical talent in June.

The Forest City London Music Awards is looking for nominations in 28 categories, including rock, pop, country, folk, classical and jazz.

People can recommend their favourite artists until March 28. Nominees will go to a panel that will determine finalists for a public vote starting April 12.

Award winners will be announced during London Music Week, June 6-13, with a virtual presentation of the classical and jazz awards, followed by a possible hybrid event of live and streamed performances.

“Sure it’s worth it,” said the event’s co-founder and chair Mario Circelli. “During the lockdown, people pivoted and went to live streaming online and when they got used to the fact it was going to be a different year, a lot of artists, bands and individual musicians turned inward to focus on honing their skills, writing and then recording when the lockdown eased and it was safe for small groups to gather. There’s been a lot of great music created.”

Some categories, including best cover band, club DJ, tribute artist and live venue, will not be awarded this year due to the pandemic.

There may be live performances by local artists at the awards presentations, depending on pandemic restrictions.

“Yes, this year we are looking to do a hybrid show with some pre-recorded elements,” producer Jenn Watts said.

“It could be at a venue or a drive-in. We’ll just have to follow whatever guidelines are in place. It’s all kind of a moving target right now, so we don’t know for certain.”

The High School Battle of the Bands, which was suspended last year, is back.

The competition will be a live-streamed showdown June 10-11 on the Forest City London Facebook page.

“We’ll probably have a hybrid SoundCheck for Success,” Circelli said. “Last year, we reached a much wider live-stream audience and we were able to access industry people, musicians and producers, from the U.S. and across Canada to participate. We drew an audience from across the country, the U.S. and even a few hits from Europe.”

The deadline for the Ken Palmer Bursary is April 16. The $1,000 bursary, named after the late musician who played mandolin and sang with the bluegrass band The Dixie Flyers, is awarded to high school students in their final year who are pursuing post-secondary education in music. Palmer was also artistic director of the Home County Music and Art Festival.

Visit fclma.ca to make a nomination, apply for a bursary, compete in the High School Battle of the Bands, vote (starting April 12), or for more information about the awards.

Live performances may be part of London music awards in June